From Jack London to John Steinbeck: Outriders take the train along the California coast

Posted on June 2, 2017 by bonniejocampbell

Jenni Fagan and I have continued our psychedelic journey, traveling from San Francisco to California. We caught bus from SF, which takes us to Oakland, California, to Jack London Square, where we boarded the Amtrak’s Coast Starlight train.

The author Jack London (1876 – 1916) did most of his living in and around San Francisco, and he was a part of a group of so-called radical writers called “The Crowd.”  He was a socialist and considered himself a social activist as well as a writer. He was especially interested in opposing animal cruelty, in films and circuses. He was a journalist as well as a writer of all kinds of fictional stories. 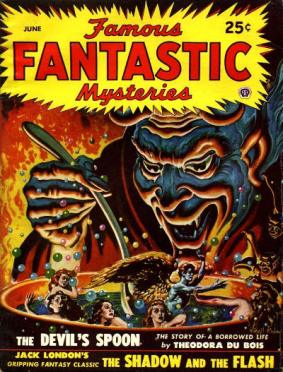 (more about his fascinating life at https://en.wikipedia.org/wiki/Jack_London)

The conductors are entertaining on this train, and when the train slows just north of Salinas, we get an announcement saying that the crossing gate is broken, and so we have to stop so that someone can get off the train and manually operate the crossing gate.

On the train near Salinas, the scenery to the east is yellow hills with trees alternating with cropland. On the west, the ocean-side, we saw marshes–maybe because of the recent rains, heavy enough to wash away part of Highway 1, near Big Sur) we saw brown pelicans and giant egrets and swallows and hawks and killdeer Also we saw and smelled fire on the tracks, and we saw men living in tents behind buildings (Jenni Fagan got some video of this).

And so I am thinking of John Steinbeck, author of many books, including the Pulitzer prize winning Grapes of Wrath and the heartbreaking Of Mice and Men. But I want to mention Tortilla Flat and Cannery Row just now, because those are a lot of fun and probably my favorites.

Steinbeck, author of 27 books, including 16 novels, was born in Salinas, California. He received a Putlizer prize, and in 1962 he received the Nobel Prize for literature. Many of his stories took place in Monterey, a few miles away, on the coast. The Amtrak could get us to Monterey on a bus from the Salinas station.

The Novel prize committee awarded Steinbeck for his, “realistic and imaginative writing, combining as it does sympathetic humor and keen social perception.” Apparently it wasn’t considered a good choice by many, and I’m excerpting this bit of explanation from Wikipedia below. ***

If I had gone to Monterey, I’d’ve visited the Spirit of Monterey Wax Museum, 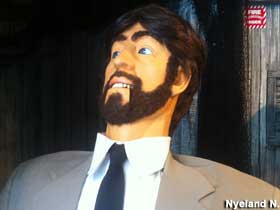 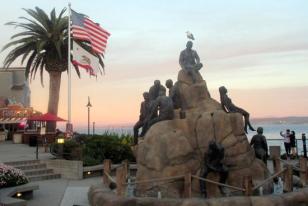 described online as, “Creepy and outdated. An odd combination of fixed and animatronic figures, narrated by ‘ohn Steinbeck.’ The animatronic figures overlap the audio tour, occasionally drowning out Steinbeck.”  (http://www.roadsideamerica.com/tip/21699#sthash.ojW1ejDK.dpuf&#8221;)

There is also a fairly new statue there featuring Steinbeck and a heap of his characters.

Maybe John Steinbeck is a big part of why I’m a writer.  As a kid, I’d read all kinds of books about women in drawing rooms desiring husbands or freedom from their families, with anonymous people providing tea. I’d read stories about children that were nothing like me. I’d read fantastical stories of mermaids and of the land of Oz. I read stories of war and stories of adultery and the oppression in Christian societies.  All wonderful books. But somehow I hadn’t read stories about people roughing it in a way that made sense to me, until I read Steinbeck. And especially when I read the depression-era stories where poor men sought out wine and the assistance of prostitutes all with good humor and sense of the struggles and joys of a life of barely scraping by

So now I drink some coffee to Steinbeck as I pass the Depot in Salinas, built in the 1930s (described as “pared down Spanish Revival style as influenced by the then-popular Art Deco movement.”  There are no more sardine canning factories like the ones Steinbeck worked in 12-18 hours a day as a young man, the kind that his characters sometimes worked in, when they couldn’t avoid working. The last cannery closed in 1973.  There is a Steinbeck winery, Paso Robles, a winery where we “furry friends” are welcome 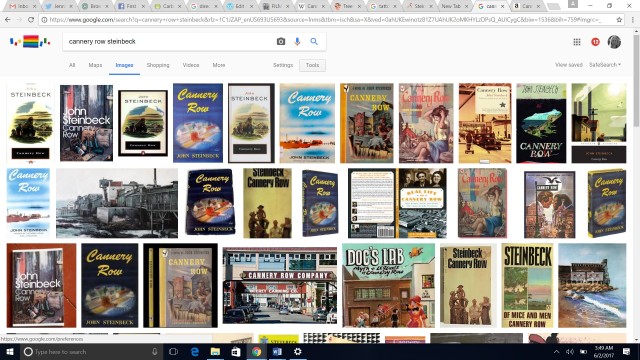 There was wine tasting on the train, and since we were in business class, we got invited. It cost $7.50, but we had a $6.00 coupon. And I liked all three of the wines we tried, pictured here with the dude who poured. We had this wine in a special first class lounge car, a very old one called the Pacific Parlour car, built in 1956 for the Santa Fe’s El Capitan service, featuring a full bar, a small library with books and games, and a movie theater on the lower level (or so I heard).

Lately, I’ve felt a little with with my Steinbeck’s depiction of women. In re-reading East of Eden, in which a man’s first wife, Cathy Ames, is a one-note character, really evil incarnate in a dress, I thought about Curley’s wife, the temptress in Of Mice and Men and the only woman in the story, how she is called a tramp (and worse) by George, suggesting that she “deserved” her death at the hands of Lenny. Even in those stories I love best, Cannery Row and Tortilla Flats, where Mack and the boys and the Chinese Grocer and the rest of them, really can do without women–the only women who matter really are the prostitutes, if I’m remembering correctly.”

I’ve read that Cate was based on Steinbeck’s estranged wife Gwyn Conger, and that during the writing of East of Eden he felt betrayed by her.

Actress Leighton Meester, after playing Curley’s wife in the stage play, wrote an article discussing her own uneasiness with the depiction of her role. She writes:  “Curley’s wife is compared to an animal in an effort to reduce and humiliate her. She is mockingly referred to as a “Lulu,” the same name for Slim’s dog, described as a bitch who just “slang nine pups.” “She’d be better off dead,” is the opinion of Candy’s old dog, and that attitude is undoubtedly mirrored toward the lone woman. But when the dog gets led off to be shot, protests can be heard from the audience, and as a dog lover, I have the same feeling. Complaints can rarely be heard during Curley’s wife’s death.”

Grapes of Wrath might be the exception to this, and good for Steinbeck. But overall, our favorite California writer is the writer of heroes who are every man, and I guess it is up to the rest of us to fill in the gaps, to explore in our work the lives of every woman.

Here’s the stuff about the Nobel prize.

*** “The selection was heavily criticized, and described as one of the Academy’s biggest mistakes in one Swedish newspaper.[29] The reaction of American literary critics was also harsh. The New York Times asked why the Nobel committee gave the award to an author whose limited talent is, in his best books, watered down by tenth-rate philosophising, noting that [T]he international character of the award and the weight attached to it raise questions about the mechanics of selection and how close the Nobel committee is to the main currents of American writing…. [W]e think it interesting that the laurel was not awarded to a writer … whose significance, influence and sheer body of work had already made a more profound impression on the literature of our age. Steinbeck, when asked on the day of the announcement if he deserved the Nobel, replied: Frankly, no. Biographer Jackson Benson notes, [T]his honor was one of the few in the world that one could not buy nor gain by political maneuver. It was precisely because the committee made its judgment … on its own criteria, rather than plugging into ‘the main currents of American writing’ as defined by the critical establishment, that the award had value.

“In his acceptance speech later in the year in Stockholm, he said:
the writer is delegated to declare and to celebrate man’s proven capacity for greatness of heart and spirit—for gallantry in defeat, for courage, compassion and love. In the endless war against weakness and despair, these are the bright rally flags of hope and of emulation. I hold that a writer who does not believe in the perfectibility of man has no dedication nor any membership in literature.
— Steinbeck Nobel Prize Acceptance Speech[30]

“In 2012, (50 years later), the Nobel Prize opened its archives and it was revealed that Steinbeck was a “compromise choice” among a shortlist consisting of Steinbeck, British authors Robert Graves and Lawrence Durrell, French dramatist Jean Anouilh and Danish author Karen Blixen.[29] The declassified documents showed that he was chosen as the best of a bad lot.[29] There aren’t any obvious candidates for the Nobel prize and the prize committee is in an unenviable situation, wrote committee member Henry Olsson. Although the committee believed Steinbeck’s best work was behind him by 1962, committee member Anders Österling believed the release of his novel The Winter of Our Discontent showed that after some signs of slowing down in recent years, [Steinbeck has] regained his position as a social truth-teller [and is an] authentic realist fully equal to his predecessors Sinclair Lewis and Ernest Hemingway.

For more info about the Outrider project, which has paired up Scottish and American writers to travel the New World, created by the Edinburgh Book Festival https://www.edbookfest.co.uk/the-festival/outriders

I'm the author of ONCE UPON A RIVER, AMERICAN SALVAGE, MOTHERS TELL YOUR DAUGHTERS, Q ROAD, WOMEN & OTHER ANIMALS. I love Michigan, donkeys, black walnuts, blackcap raspberries, Flannery O'Connor.
View all posts by bonniejocampbell →
This entry was posted in Uncategorized. Bookmark the permalink.